Heat Conduction Through Your Windows


Do Replacement Windows help with heat?

Can Vinyl Windows instead of Aluminum Windows make a difference.

I have to admit I was really excited on this one.  The front of the home had a big triple unit, two sidelites and a transome with one upstairs.  Easy day.  Except my driver didn't get the two sidelites. 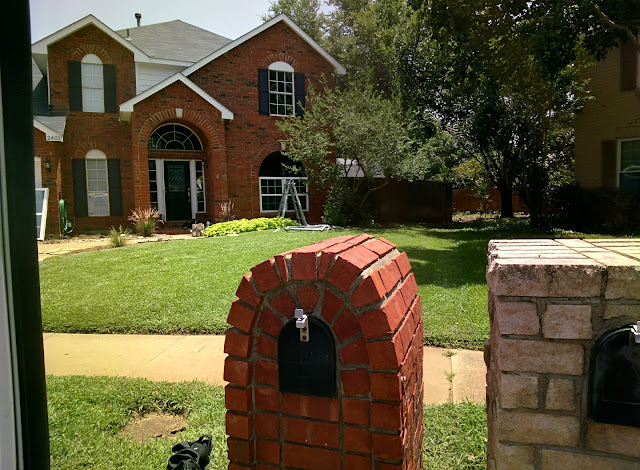 Okay new plan, hang the ones we have and just get those two in the morning.  We told the customer two days and although it could have been one, it was hot, and Chris was sick. 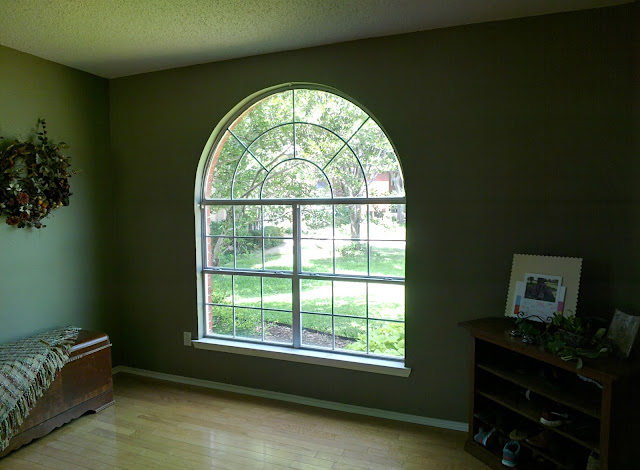 Here's where it gets fun.  The customer had a laser pointer with a temperature display on it.  It was awesome.  You'll never believe what I found so I've provided all the pictures to give it some context.

I did the triple first.  Here's the before shot #throughglass for a time frame. 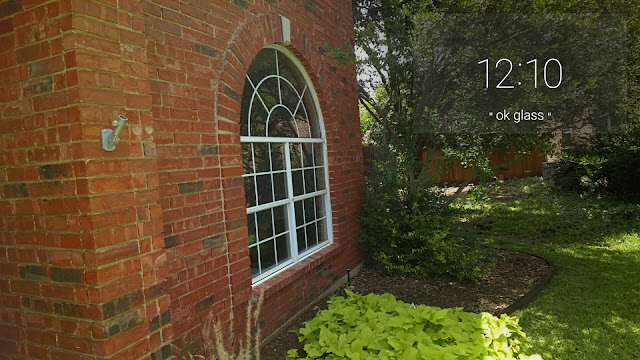 An hour or so later the old ones were out and I had some new ones starting to go into place.  This is actually three windows mulled together. 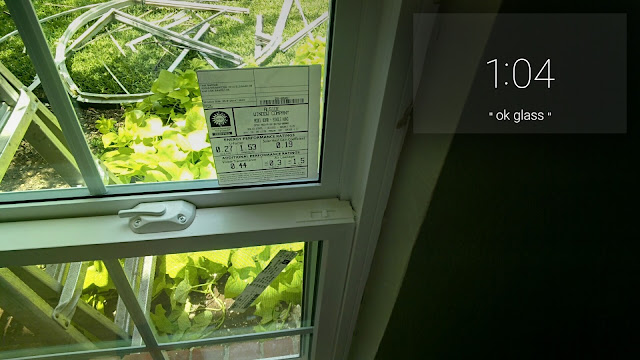 This set came in at .27 U Value with a .19 Solar Heat Gain Coefficient.  That's pretty awesome.  The numbers are actually a little better on SHGC when you have grids as they block the sun and lower that number.

So we're making progress.  I noticed once I set the two bottom ones you could almost feel the heat above them immediately.  I tried to catch in on film.  You have to decide if I did or not. 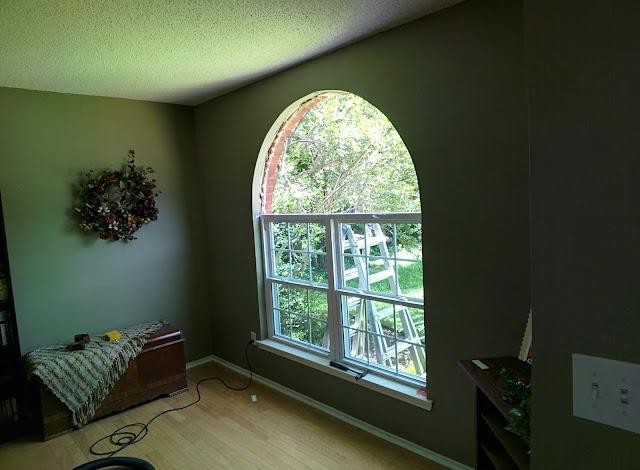 But the process continues.  I set the half circle and started the process of squaring them all up together.  The mullions make it so they have to straight and next to each other, but the new ones being square is more important than being straight with the house.  It's a long story but sort of irrelevant for this story....

I got them in and it was time to seal.  I went out to get caulking guns and glass cleaner.  When I came back, my customer had produced a cool laser light thermometer.  I've seen the air conditioning guy use these before.  They tell you if the air at the vent is coming out cold.  Interestingly enough, it will also tell you an amazing fact about heat reflective glass in modern vinyl replacement windows.

That fact is:  They totally rock. 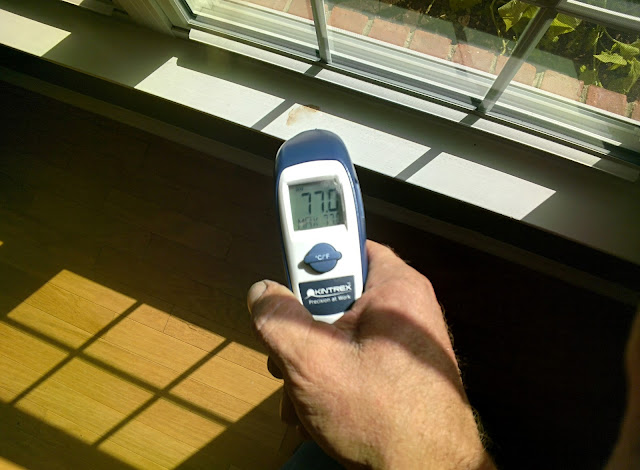 I got the bead of sealant around the window by around 1:20.  The room was still pretty warm from being wide open just a few minutes earlier.  The sun was heading down in the West right into the front yard we were working on.  As I stood on the ladder caulking the second floor window I could feel the heat being reflected alright....  right into my face...  making me very miserable.

So back to the thermal thingy.  Sill temperature inside on the center of the sill at around 5:30 was 77 to 78 degrees after the house had re-equalized.  I thought that was great. It was working.  This was about the same temperature as the house itself.

Here's where it gets super amazing and brings up an ever interesting subject - Conduction and Convection Heat.   I know you're excited!  Here's the picture that creates the discussion. 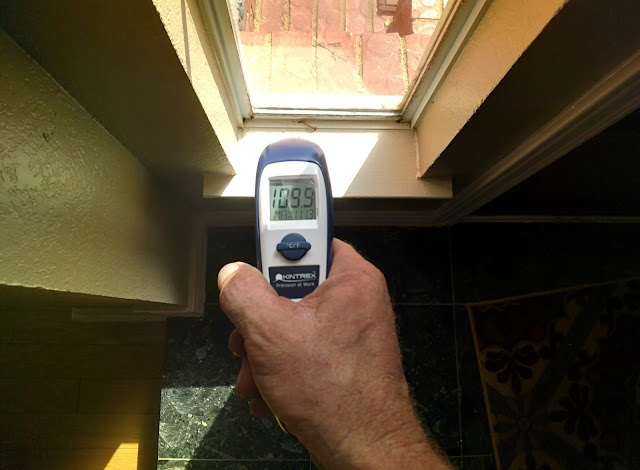 Even after the house had reclimatized, this was the center sill temperature inside the sidelight.  This window is aluminum builders grade type double paned clear windows.

There are literally millions of them in North Texas alone.  This was the standard from the 70's into 2008 when aluminum was no longer Energy Star Rated.  Almost 40 years of homes have this window.

There were some that read lower and some were up to 111.  I'll put them below.

Did you know that it being 95 degrees outside in direct sunlight puts 110 degrees on your window sill?  Can you imagine what that does to your air conditioning and the poor machine trying to crank out that nice cold 60 degree air at the vent?

Here's the best explanation I could find on the types of heat transference.

How is heat transferred?

Heat can travel from one place to another in three ways: Conduction, Convection and Radiation. Both conduction and convection require matter to transfer heat.
If there is a temperature difference between two systems heat will always find a way to transfer from the higher to lower system.

Conduction is the transfer of heat between substances that are in direct contact with each other. The better the conductor, the more rapidly heat will be transferred. Metal is a good conduction of heat. Conduction occurs when a substance is heated, particles will gain more energy, and vibrate more. These molecules then bump into nearby particles and transfer some of their energy to them. This then continues and passes the energy from the hot end down to the colder end of the substance.

Thermal energy is transferred from hot places to cold places by convection. Convection occurs when warmer areas of a liquid or gas rise to cooler areas in the liquid or gas. Cooler liquid or gas then takes the place of the warmer areas which have risen higher. This results in a continous circulation pattern. Water boiling in a pan is a good example of these convection currents. Another good example of convection is in the atmosphere. The earth's surface is warmed by the sun, the warm air rises and cool air moves in.

Radiation is a method of heat transfer that does not rely upon any contact between the heat source and the heated object as is the case with conduction and convection. Heat can be transmitted though empty space by thermal radiation often called infrared radiation. This is a type electromagnetic radiation . No mass is exchanged and no medium is required in the process of radiation. Examples of radiation is the heat from the sun, or heat released from the filament of a light bulb.

While all that is indeed a mouthful, It means the sill is hotter than the temperature outside because my windows is in the sun and not in the shade.

We can all go home now.

It means the metal conducts the heat and gets hotter than 95.  Probably well into 115 or 120 after the sun beats on it for 5 hours.  That the air (and the wooden sill) are convecting heat from the window frame, and the glass. And the entire thing, like the sun on the other side of it, is radiating heat inside towards my precious ice cold air conditioning. 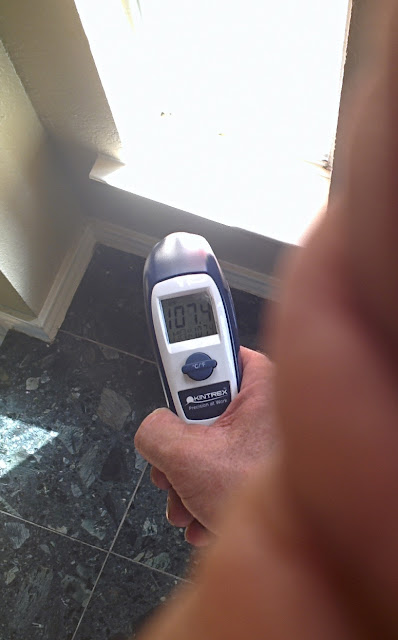 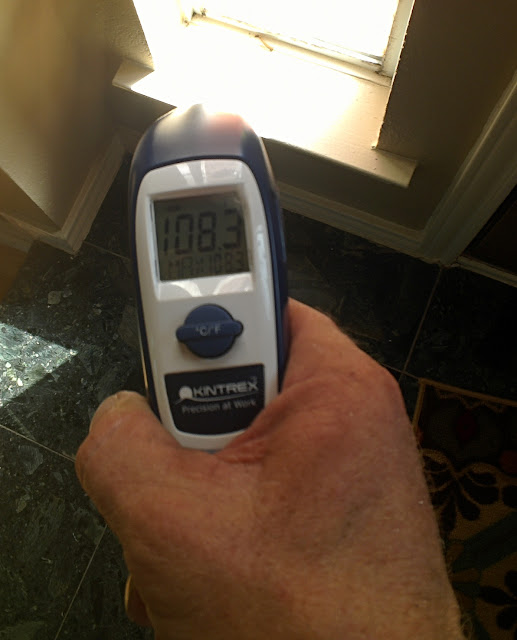 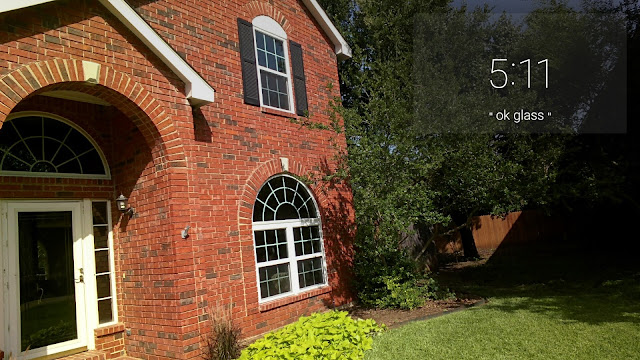 The end of the day just before I took the thermal shots.  This shows the new triple that had 77 and the sidelite by the door that showed 107 to 111.   Thirty degree difference!  One day, half a day really.
The second floor one was a real hot beast to stand there on an extension ladder and caulk.  Hottest 15 minutes you'll ever experience.  No need for a tanning booth afterwards either. 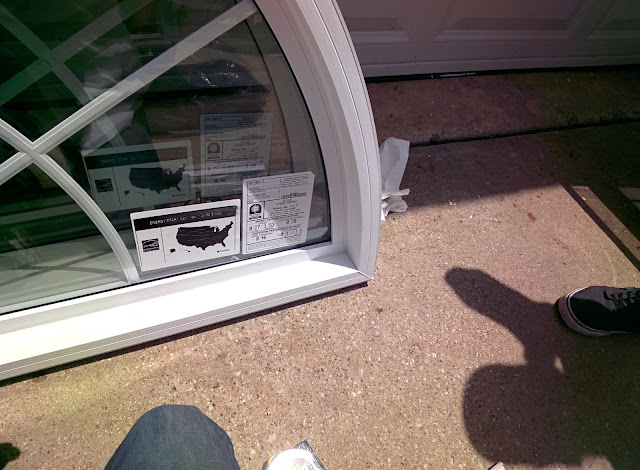 This one is different because the grids are larger, allowing more direct sunlight and therefor having MORE of a SOLAR HEAT GAIN Coefficient.  Cool huh?

Check out the outreach:  www.DallasWindows.com/twitter