I've been doing some research for a customer by Dallas Fort Worth International Airport.

Noise is a big reason to buy new replacement windows.  Some of the widely accepted and published sound information shows that a typical single glazed window will allow you to hear any noises louder than 21 decibels.  Moving to a double paned glass package will cause a move to 24 decibels.  To add Argon Gas filled insulated glass will raise that noise threshold to 32 decibels.

This is a significant change and effectively makes the window twice as quiet.  From a personal experience standpoint I know that most of my customers say the house is significantly quieter at that point.  It's a huge difference.

Some of the industry articles seem to make mention of the STC or OITC.  These are actually testing terminology and will be direct indicators of lowered sound levels.  This chart from my website was originally put out by Cardinal Glass when Argon Gas first hit the replacement window scene. 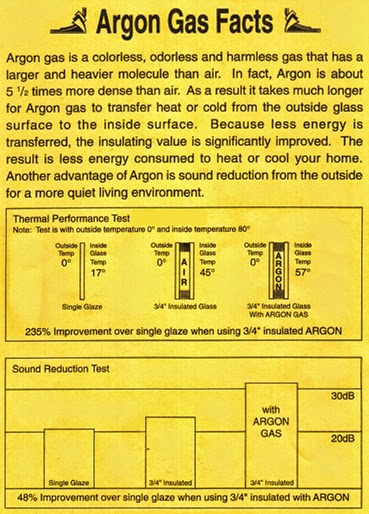 Alside is one of my suppliers that does extensive testing on STC and OITC data.  They show their Mezzo Vinyl Replacement Windows, Ultra Max and other models have the following performance increases from varied glass packages. 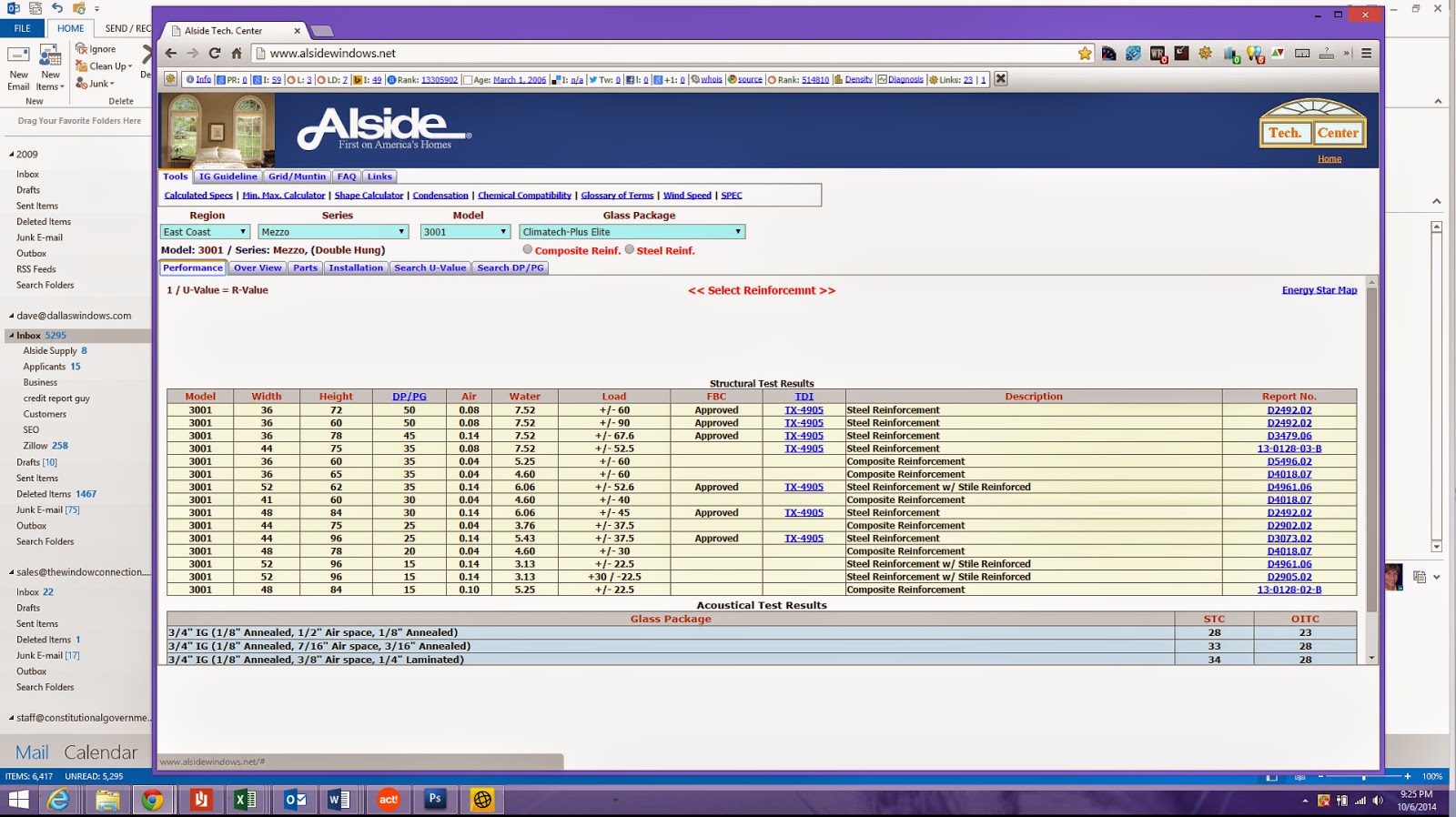 The actual testing information is attainable for all their products at this link:


These options change the thickness and configuration of the window glass to provide varied results.  Overall consensus is that moving to a thicker pane of glass in a double paned application will change the wave patterns of sound as they pass through the glass package.

From here the next step up is going to be triple glazed with Krypton Gas filled insulated glass.  This is a considerably better glass package from a thermal standpoint as it can lower the U Value from .30 or .29 down to the .16 or .18 area depending on the manufacturer, but it doesn't offer a huge jump in sound reduction.  It does make it a bit better, but not a significant noise difference.

In fact, as I read the data and research, it appears as though double paned glass with thicker (3/16") glass is a better sound barrier than is triple glazing with typical thickness single strength or double strength glass.

Here's what data I could get from Archetectural Testing, an independent testing firm that works with glass manufacturers and curtain wall fabricators.  Many of these glass packages are commercial and not available in residential replacement windows but the data is interesting none the less. 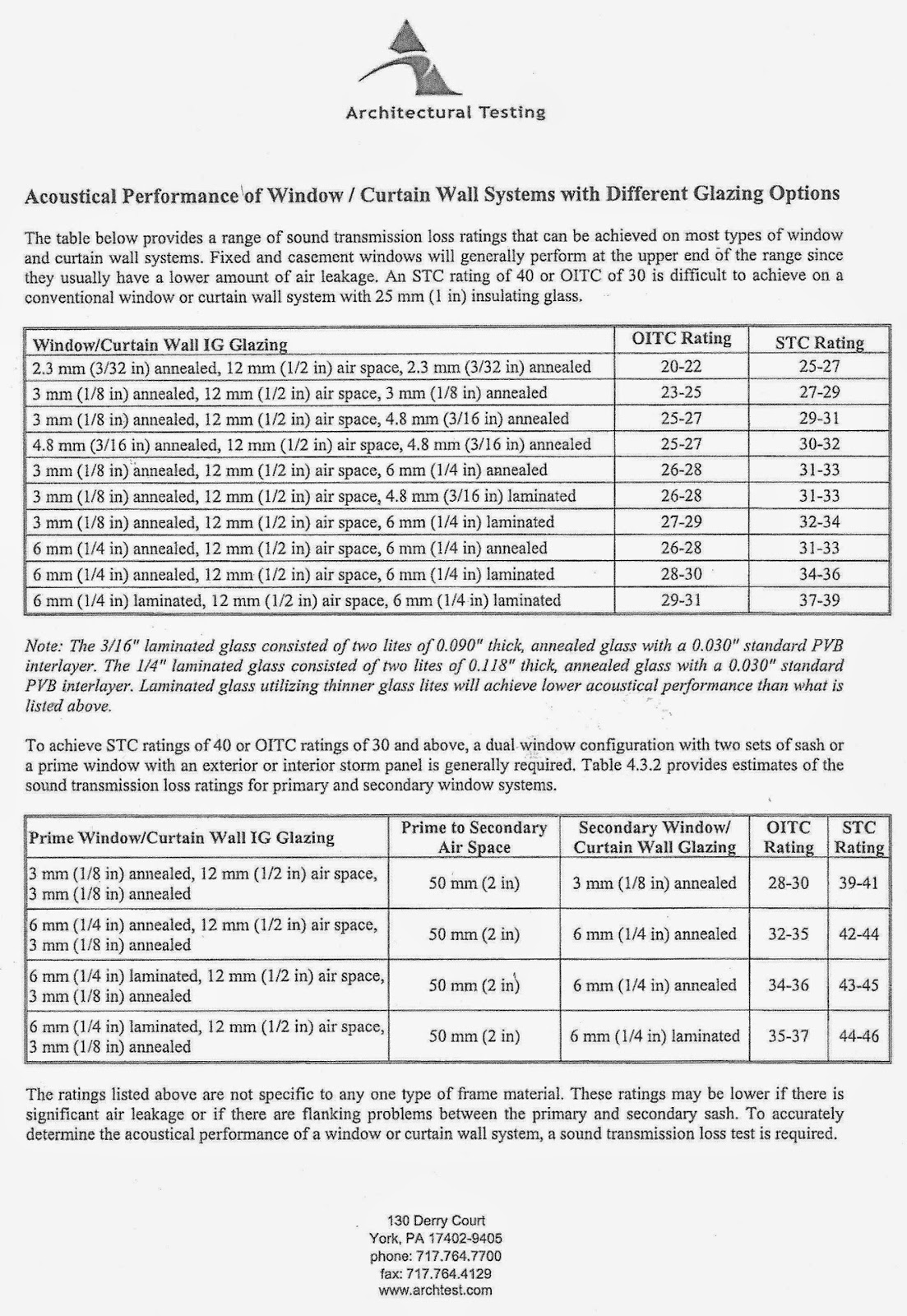 Upcharges tend to run like this.  Double paned with Argon Gas filled insulated glass in a standard sized window will be around 450 to 550 per window installed from a good reputable manufacturer.  Going to a double paned with 3/16" glass in the package will add about 100 per window to that cost.

Mid range windows and high end windows use the same frame but the glass packages are generally the big variable as are simulated divided lite grids, two toned color configurations and woodgrain interior appearance.  Those all run the cost of a quality mid range product up to the high end range.

I tell people to budget at $600 to $650 for a double paned Low E with Argon that has a lifetime warranty from a reputable manufacturer.  As you can see this window can easily end up in the $1000 a window range when you put the top of the line glass package in it.  It can get even more costly when you utlilize the other upgrades mentioned.

FYI:  Simulated divided lite grids are grids that protrude from the surface of the glass.  This is in contrast to grids that are between the two panes.  A simulated divided lite grid is a grid system designed to emulate true divided lites in a window.  SDL's are somewhat costly at around $20 per lite as opposed to grids between the glass which add about $30 to$35 total to the cost of a window.  In a fifteen lite three foot by six foot tall window there are generally 15 lites and the upcharge is $300 to $350 per window for the cooler grids.

Also, custom exterior colors generally add $100 to $150 to the cost of a window.  This creates a two toned window with a painted or laminated exterior color and a vinyl interior color in beige or white.

While I've researched this on several occasions, I find the data to be somewhat incomplete as a whole.  For the purpose of today's post I'll include what I've found to be relevant links.


New information!   My customer came up with these links as well.


Perhaps it would make more sense to solve the sound barrier requirement with an insert:
http://www.acousticalsurfaces.com/acoustic_windows/acoustical_windows.htm