We did one in Cedar Creek Lake this last week.   It was a challenge to make the trapezoids look good as the opening was out of square about an inch and a half.  That being said, I covered it up pretty well.

I've actually done around a hundred houses out there over the years.   Kemp, Tool, Gun Barrel City are a few of the small cities around Cedar Creek.  It's an awesome community and I love going out there.  About an hour and a half south of Dallas on HWY 175. 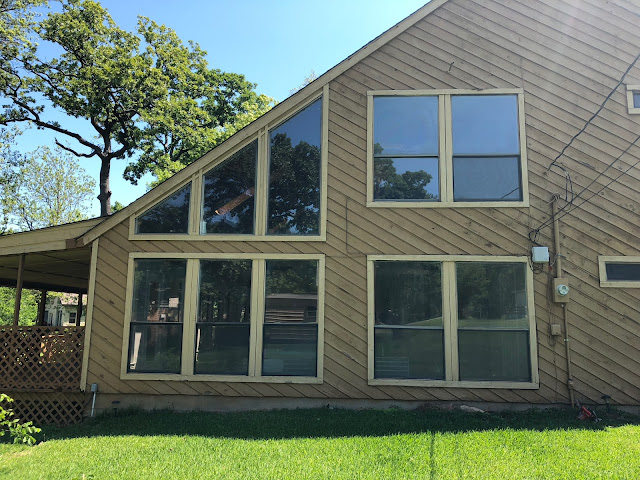 Before we started with Bronze builders grade windows from the 70's.  Fogged and pretty ugly. 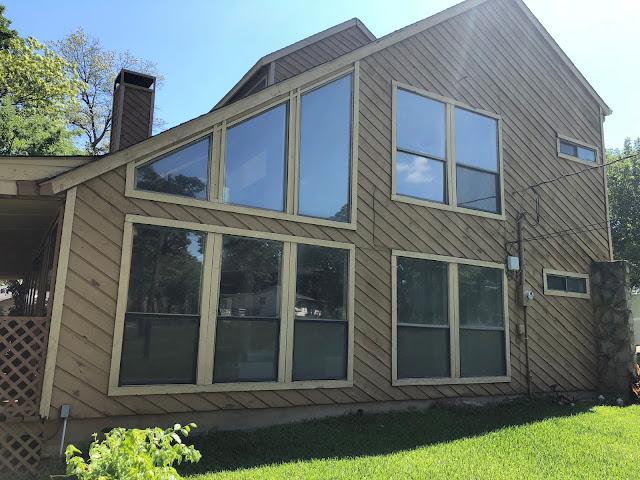 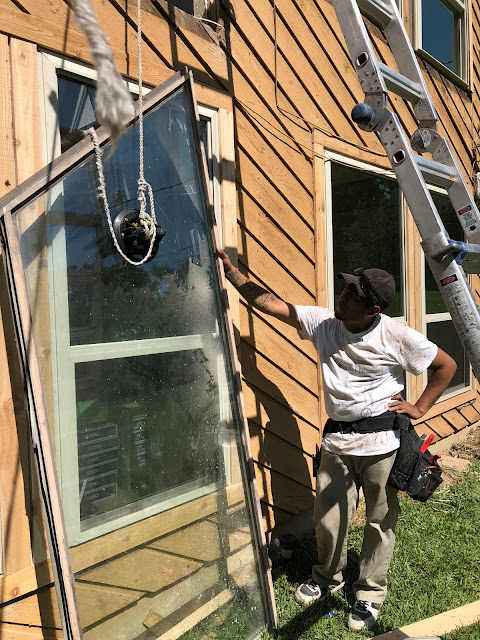 The biggest trapezoid was heavy.  Around 300 pounds.  We lowered it with ropes and a suction cup.  It was jammed in there pretty good.   I later determined that the 100 or so square feet of windows was about 1 1/2" out of square.  It became apparent on trying to trim them as one unit.  I found a solution though. 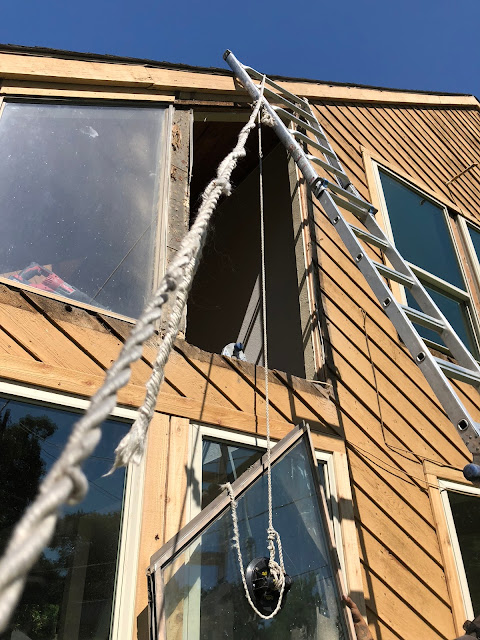 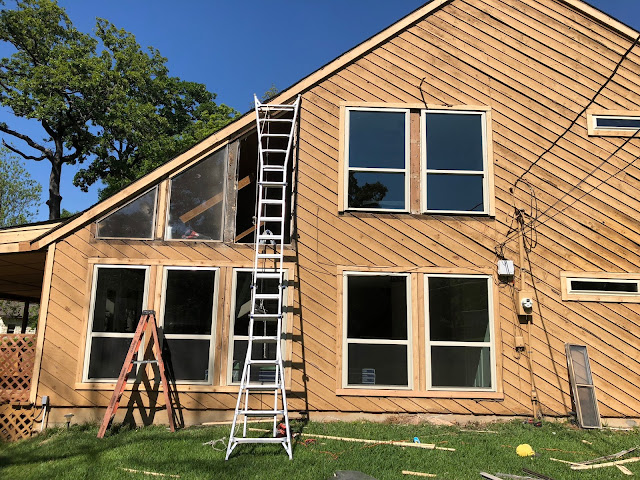 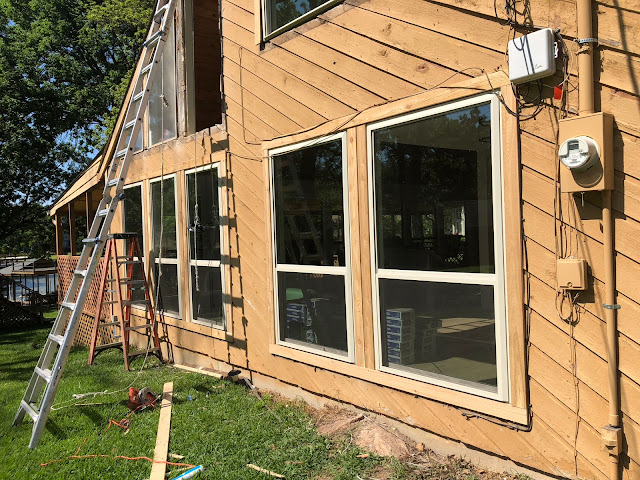 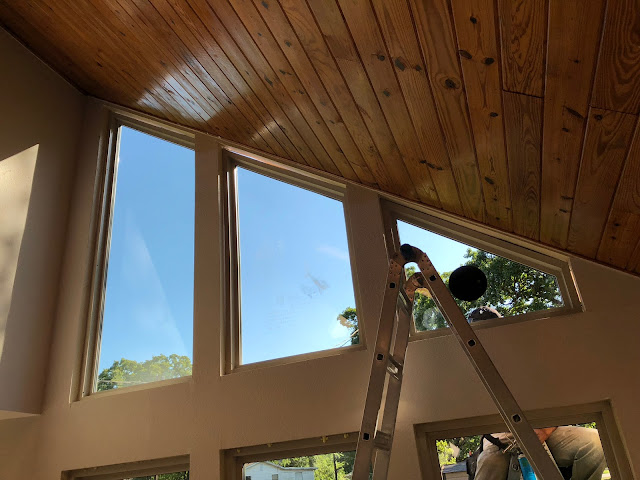 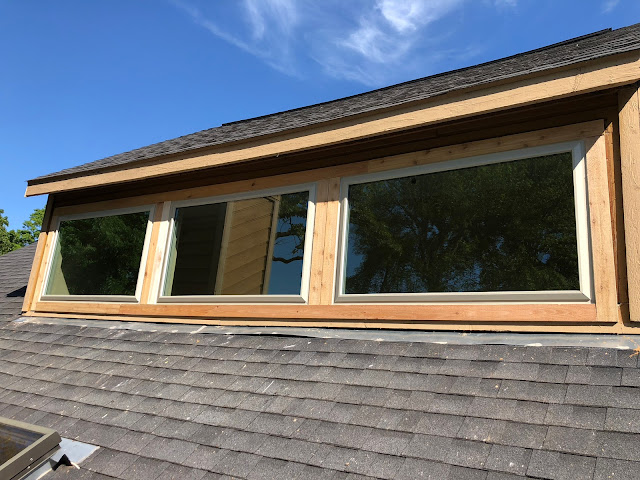 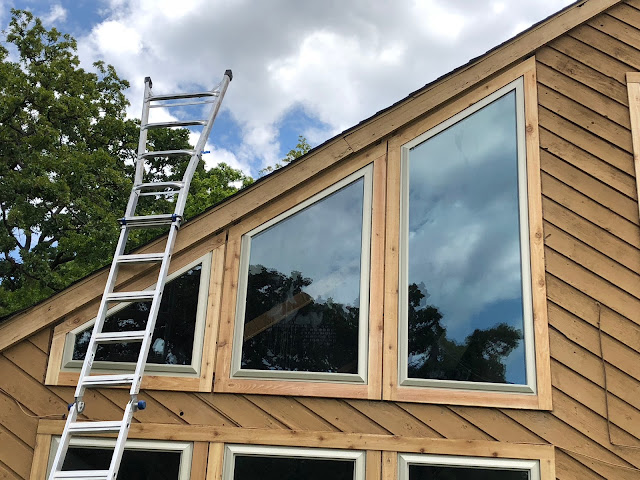 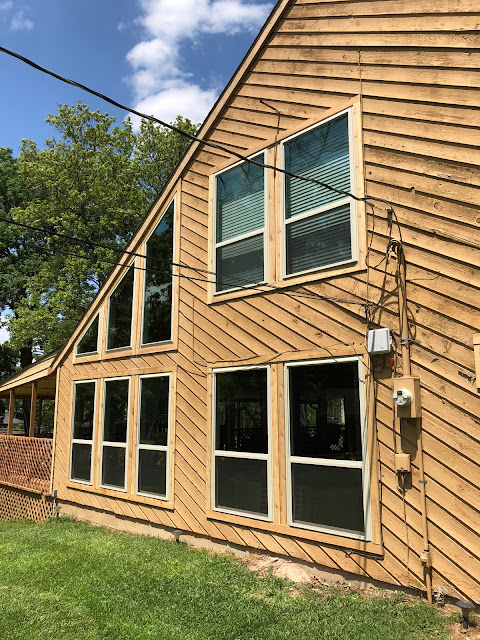 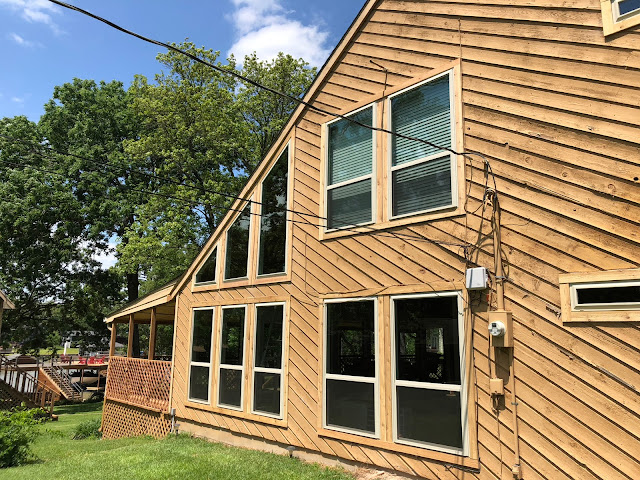 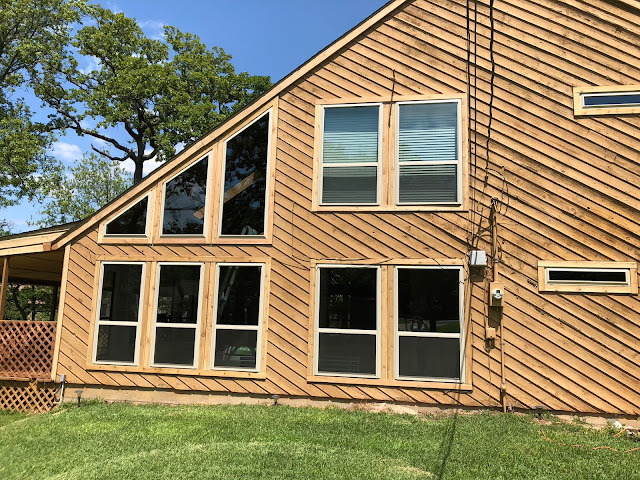 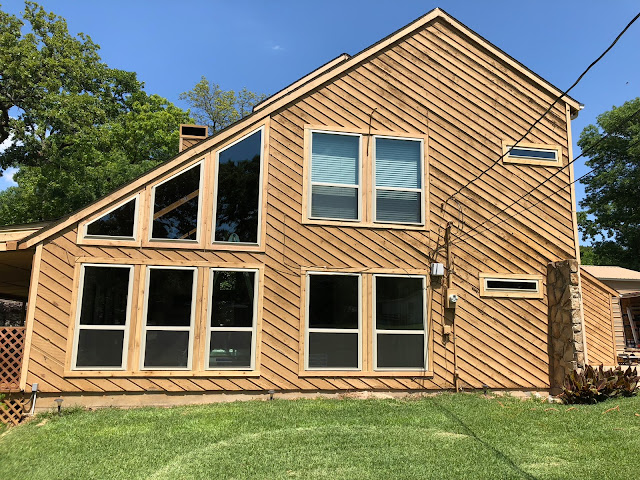 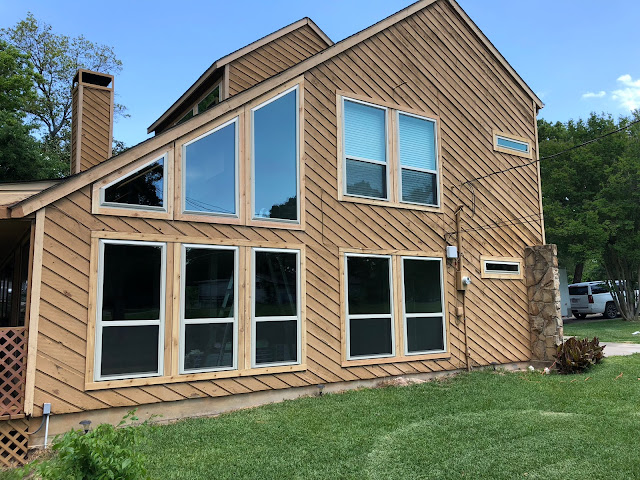 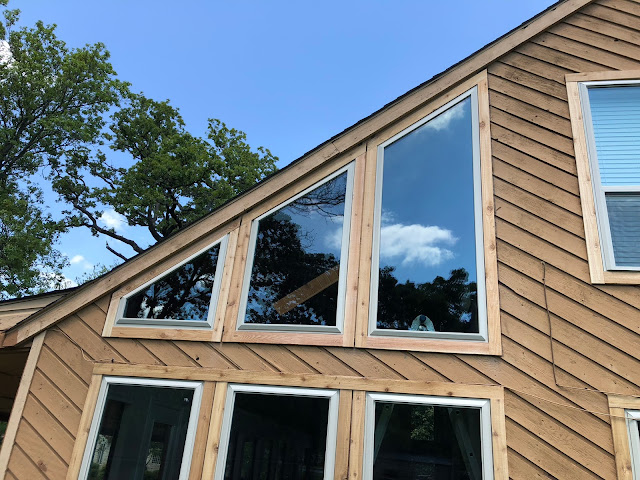 To do these correctly you have to split up the out of square in as many places as possible.  Half inch here or there, eighth inch here and there.  I kept the bottom straight with the lowers and the top angle straight with the house.  It was one of the more challenging ones over the last year or so.