What about the frame thickness of new vinyl windows?

They look fat and ugly from many window manufacturers, but not all of them.

One of the things I love about North Dallas is the bow windows.  There are a lot and they do look cool.  More than 90% of them have not been replaced by a window contractor since the home was built and are original to the home.  It's mostly because that beautiful 5 unit bow is built from five different windows.  That being said, I had some fun with this one, It came out really well.

This was off of Park and Custer in North Dallas close to Plano.  The custom mulls make it different than a factory built unit and that's the plan for a retro-fit window installation.

Many folks are concerned about the thickness of the frame on vinyl windows.  Although they are indeed thicker and some manufacturers, considerably thicker.  Some manufacturers build very slim line type frames like the ones we see here.  This is a main reason we offer so many manufacturers.  It's important to have choices especially ones that help you get it right.  This window manufacturer for instance doesn't build pre-fabbed bay or bow windows or french doors or skylights.  Getting the right product from the right people is really important in keeping window costs down.

Here's more from my before and after page:  Window Results: The Before & After Window Gallery

And the window gallery probably has a few that will help:  Window Gallery - Dallas Windows 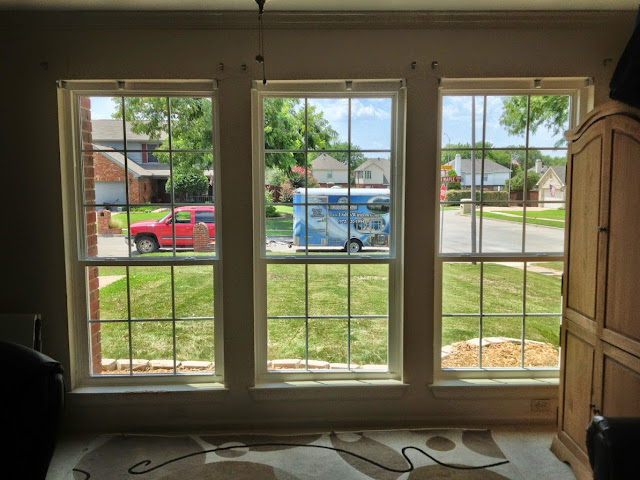 This vinyl vertical operating single hung vinyl replacement window measures two and five eights inches in frame thickness.  That's about as small as it can get in a quality product.  Junky ones will have a narrower frame but are so narrow they lack rigidity needed to provide longevity. 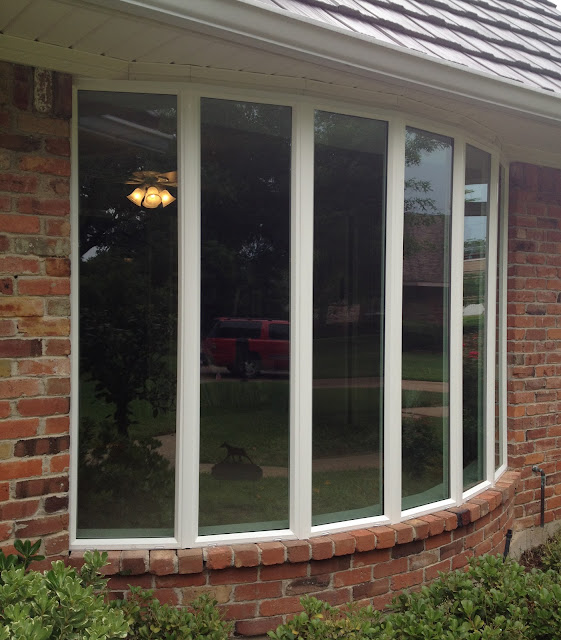 With bow windows the rigidity is less of a factor due to non expansive foam filling inside custom bent mullions.  This was built from a Slim Line Vinyl Window from a local manufacturer we're very proud of:  NT Window 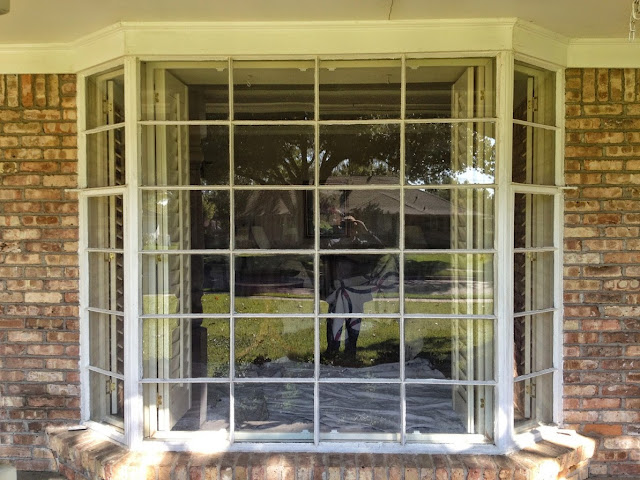 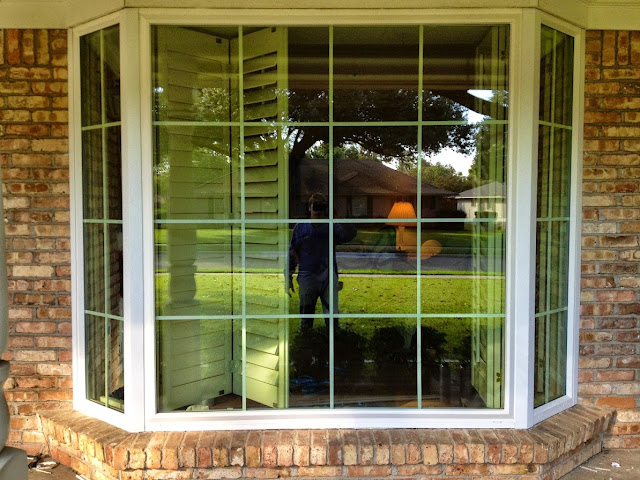 Those are a before and after.  Slim Framed Vinyl Windows after with old steel casement putty glazed window as the before shot.  As you can see the frames don't get too thick if you use the right replacement windows.

Here are a few that just baffle me.  All have great manufacturers but just really don't measure up.  First on my list is the Jeldwen Vinyl Window.  Reviews are terrible and there are a lot of reasons.  I just think it's ugly.  Granted that one is dirty because it was in my storage but none the less, ugly. 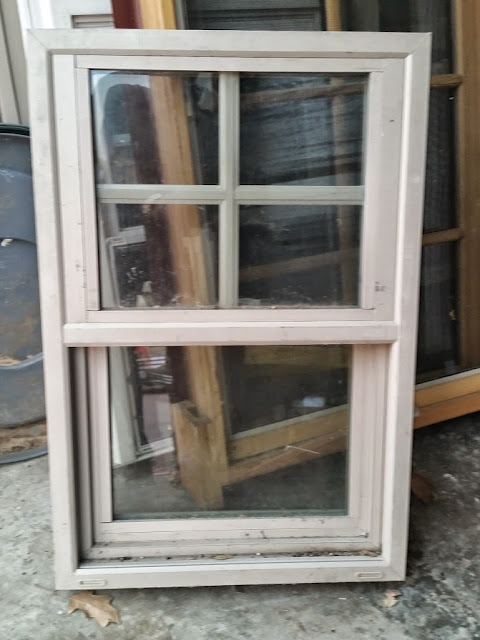 Next on my list of window fails is actually the Millgard Vinyl Replacement Window.  While I think it may look great in a wood window opening up north, it's just not right for Dallas and North Texas.  It's just ugly especially in a brick opening.  I read good things, but hated the window.  It uses a spring bar system which depends on vinyl strings to hold the sashes and it has sash clips to remove the bottom sash instead of tilting in.  It leaves a lot of what I call "slop" in the sash.  This means I can open it two inches and slide it back and forth about three quarters of an inch.  It depends on weatherstipping that is on the face.  I think there are much better products that are actually cheaper. 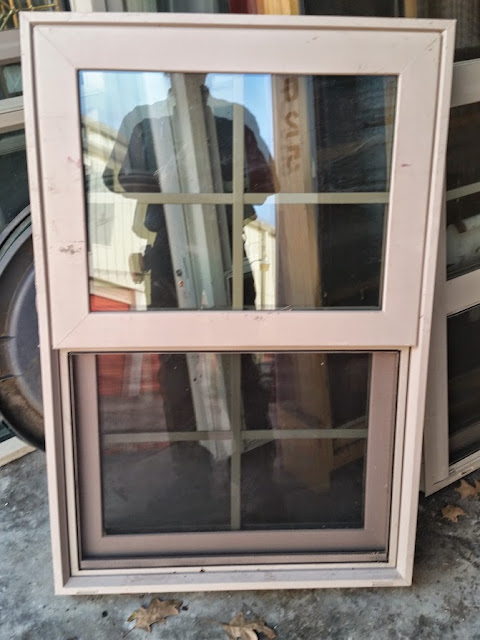 This is the Andersen Vinyl Replacement Window.  The Series 200 most call it but I've seen rebranding jobs on this one.  Just at a glance, exterior stops are not great, weepholes are not preferable unless needed and that shouldn't be on a single hung.  It's just not what I think of as a long term product.  I've found we're always better to do what's best for the home even if the wallet suffers ten or even fifteen percent to do it.  This is one place cheap windows just don't pay off. 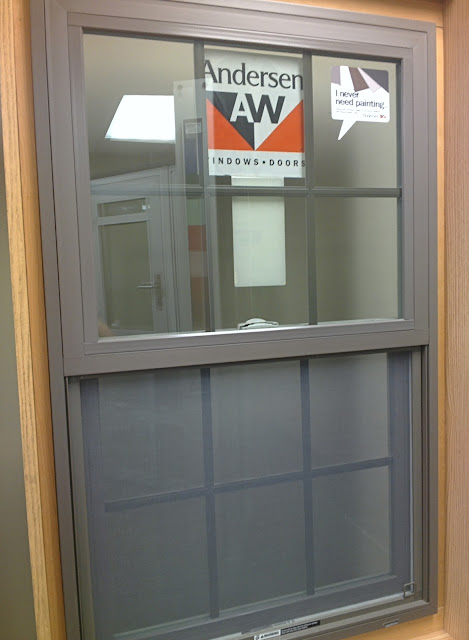 I'm sure I'll make a few revisions and additions to this post but that's just a little on frame thickness.

If you have questions send me an email!   sales@dallaswindows.com